I have held a portfolio of public sector and private sector positions and written many papers and books on housing, Jersey, regulation, public policy and trade assocviations.

This website  makes available a wide range of publications, some (particularly on building societies) now largely of historic interest, but others of which are still relevant, particularly in relation to regulation, trade associations, housing finance and also separate research interests, family history and Jersey.

I graduated from Lanchester Polytechnic (now Coventry University) in 1970 with a first class BA honours degree in Economics and followed this with an MA in Contemporary European Studies from the University of Reading. I spent 25 years working for major national, European and international trade associations. I joined the Building Societies Association in 1974, holding a number of positions before being appointed Director General in 1986. I also became Director General of the Council of Mortgage Lenders when that organisation was created in 1989. In addition, between 1986 and 1989 I held the positions of Managing Director of the European Federation of Building Societies and Secretary General of the International Housing Finance Union. In 1993, I joined the Association of British Insurers, the largest British trade association, to become its first Director General. While at the ABI, I was a member of numerous industry committees, including the Finance and General Purposes Committee of the Confederation of British Industry.

In 1999, I established Boleat Consulting, a consultancy business specialising in trade association strategy and management and the handling of public policy issues. I have helped establish, merge and reorganise trade associations in a number of sectors. I have also undertaken projects for the World Bank on housing finance in Russia, Nigeria and Egypt, for the International Finance Corporation on Housing Finance in Uganda and for the Government of Jersey on consumer policy, financial resilience and housing policy.

I am currently Chairman of Link Scheme Holdings Ltd, which runs Britain's cash dispenser network, and Vice Chairman of the Advisory Council of the International Business and Diplomatic Exchange.

I have been Chairman of the City of London Policy and Resources Committee, Somerset Bridge Insurance Services, the Jersey Development Company, Andium Homes and the Channel Islands Competition and Regulatory Authorities, and a non-executive director of Countryside Properties, the Comino Group, Travelers Insurance Company and the three life insurance companies owned by Abbey National, and from 2009 to 2012 I was a member of the Government’s Regulatory Policy Committee.

I was awarded a knighthood in the 2017 Birthday Honours for services to the financial services industry and local government in London.

I have published twelve books on various financial and public policy issues, including three pioneering studies: The Building Society Industry; National Housing Finance Systems - a Comparative Study; and Managing Trade Associations.  Other publications include  An Agenda for Better Regulation, published in 2009,  Jersey’s Population – A History, published in 2015, The Housing Problem in London - a broken planning system, published in 2017 and Brexit and financial services - the story so far, published by the Centre for European Reform in 2018. 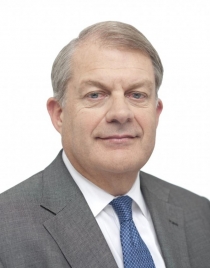